Abhishek & Akshita Engagement Isle of Skye what a day this turned out to be. Well actually we shot this over two separate one hour sessions. Akshita had no idea Abs was going to propose to her.  Abs and myself had been communicating with each for several weeks before they were actually able to come to the Island. So we planned the actual proposal to be held at Sligachan on the first day at 4pm.  I was to hide myself and take the photographs without Akshita realising I was there.

It went like a dream and was very emotional, for all three of us! Of course Akshita accepted the engagement ring and at that moment Abs let her into the secret that it was all on camera. The weather was typical Skye with clouds gathering around the Cuillins but it all contributed to the dramatic scene that unfolded.

We arranged to meet the following day at a similar time down at Talisker Bay. Abs didn’t know about the Bay until I sent him some photographs before they travelled up from Manchester. What a shoot that turned out to be though as you can see from the blog that follows. They were over the moon with their photographs and I was over the moon being with them.  Despite all the delays due to Covid it all went so well. 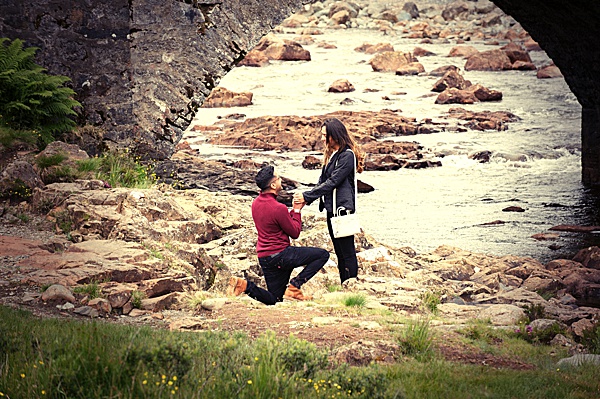 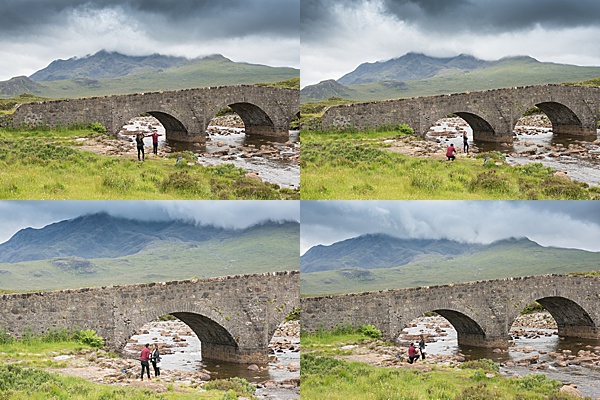