Quite often when we look at an image we have no idea of the story behind it.  This is a story of courage, fortitude and determination.  I hope to tell it, with their permission, after Chris and Sharon get married in May at Broadoaks Country House Hotel near Windermere Cumbria.  For a Wedding Photographer Cumbria this shoot was one that Ruth and I really wanted to do.

Chris used to be the Chef at Miller Howe Hotel where we met up on a very cold Saturday morning. He is now Head Chef at the University of Cumbria based in Lancaster.  Sharon is a hard working Nurse who told me she is fed up of inserting tubes up mens private parts!

Because it was so cold we didn’t have much problem encouraging them both to ‘cuddle’ up.  This is in effect Part 1 of their Pre Wedding photoshoot as we are all due to meet up in Manchester in March to take some images around the viaduct and Hilton Hotel area. 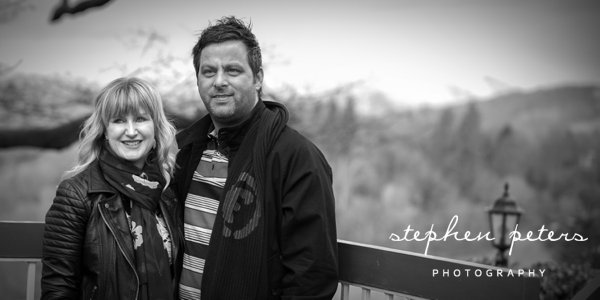 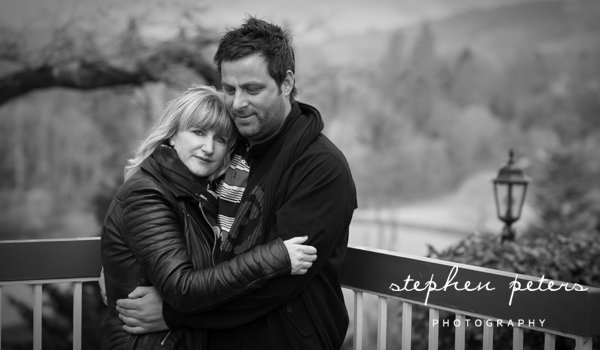 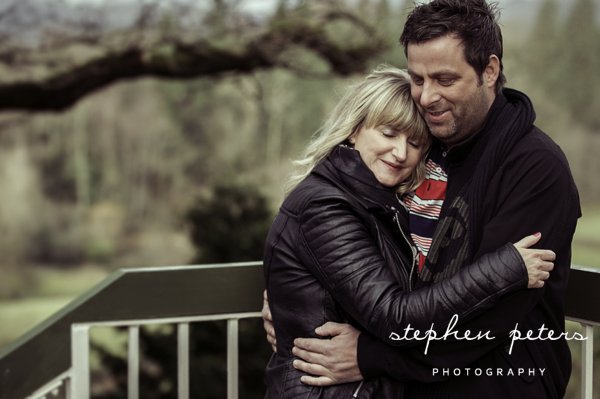