This was an event packed wedding at The Midland Hotel in Morecambe.  Whilst we were all waiting at the Church for the Groom, Groomsmen, Bridesmaids and Bride to arrive we heard that there had been a four car pile up on the Promenade and the stretch limo bringing the Groom and Groomsmen was stuck in the traffic jam.  Ruth and I had also had a car run into the back of us and reshape our back bumper as we were parking up at the Church.  Then finally, when the Bridemaids arrived, we thought the 1935 limousine bringing Stephanie would appear and then we saw afar off a Bride in six inch heels running up the road with her brother!  The limo had broken down!  We have to say though that Paul and Stephanie coped with it all really well and did not let if effect them one little bit.

The rest of the day went off without a hitch, other than Paul and Stephanie getting ‘hitched’, the sun appeared and all the guests had a fantastic time.  They were married at The Parish Church of St Barnabas.  The Midland Hotel, an Art Deco restored Hotel overlooking the sea, is a great place for a Reception and many thanks to the staff who looked after not only the wedding party but Ruth and myself as well.

Stephanie’s dress was from Ronald Joyce.  The flowers were supplied by TB’s and Blackberry Cottage Bakery made the cake.  It was good to see Madam Chocolat on hand to keep everyone energy levels high with very tasty Belgian chocolate. 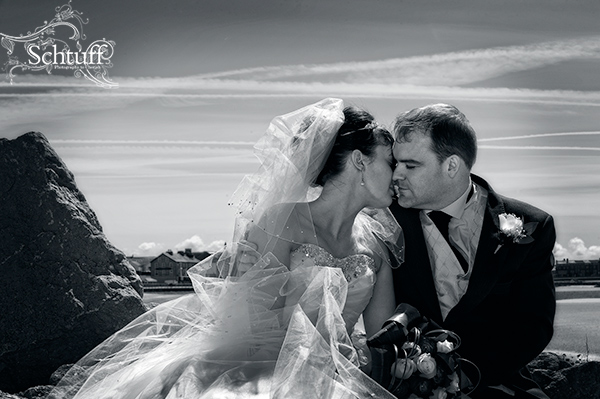 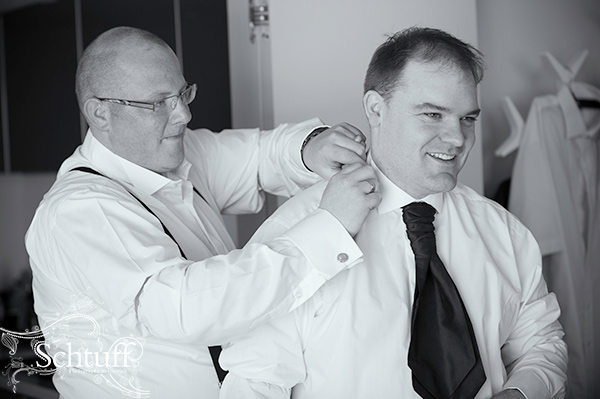 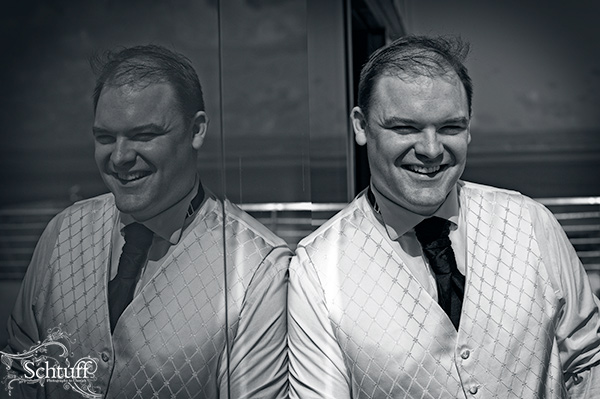