We met up with Michael and Katie at Tarn Hows on Saturday morning, arriving to find a beautiful sunny day, fluffy clouds and not too many tourists!  Now we have lost count of the number of Pre wedding shoots we have done and how many times we have asked our Couples to get into the water, usually with a lot of verbal encouragement that the water is really not as cold as it feels.  With Michael however no asking was required.  I put my camera bag down to get set up and as I turned around Michael was already in up to his waist, turning over rocks and gleefully showing us such delights as black leeches.  Now we know that the water was freezing cold but as we got cameras into position Katie forged in as well and proved just as game as Michael.  There were some shots I missed because I was laughing too much, my apologies guys.  But it was a real delight to photograph them both as they are so obviously into each other, big style.  The wedding is in September so we look forward to that as well. 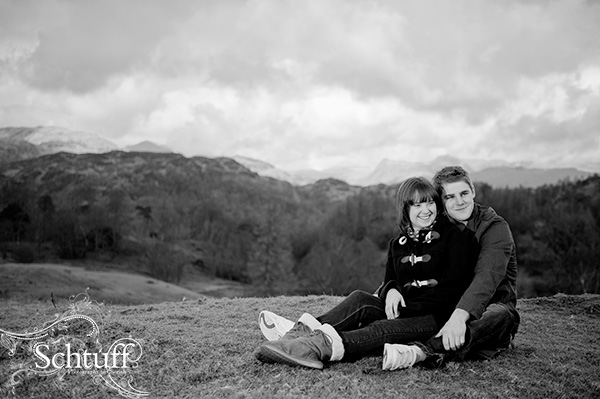 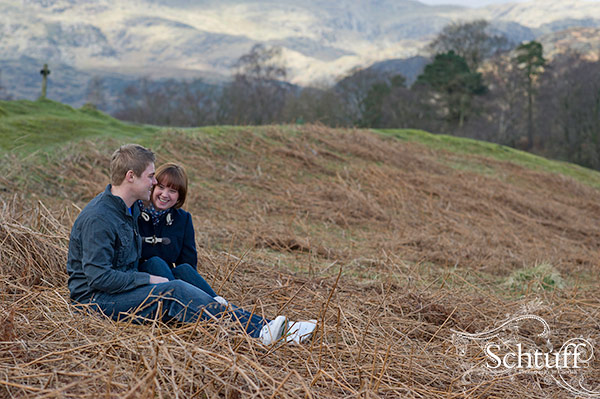